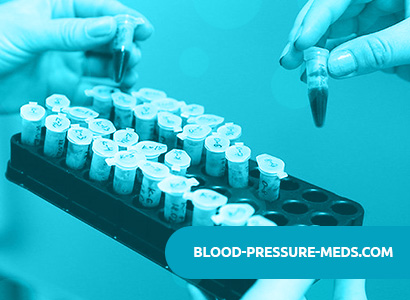 Treatment of patients with AML is based on the principle of the maximum destruction of the leukemic cell clone. The main method of treating the disease is polychemotherapy. Currently, there are several areas in the treatment of AML, including both the use of new cytostatics and the increase in doses of already known chemotherapeutic agents. In addition to these methods of influencing the leukemia process that have already been studied and become traditional, there are experimental approaches using natural biologically active drugs that in one way or another affect the hematopoiesis process (all germ factors, interleukins). Along with cytostatic agents, they are also trying to use drugs that have a powerful modeling effect on the immune system (cyclosporine, anti-leukocyte immunoglobulin). The use of germ factors in AML is currently being debated in connection with evidence that they may contribute to the proliferation of tumor cell clone. Currently, some researchers have proved the possibility of using colony-stimulating factors (granocyte, etc.) in patients with AML.

In recent years, bone marrow transplantation (BMT) has been widely introduced into treatment programs for acute non-lymphoblastic leukemia (ONL) – both allogeneic (in the presence of an HLA-compatible donor) and autologous transplantation of peripheral stem cells or bone marrow.

When conducting inductive and consolidating chemotherapy courses, maximum intensification is necessary, which leads to the most rapid achievement of complete remissions. The consequence of this therapy is bone marrow aplasia, during which the likelihood of infectious and hemorrhagic complications increases sharply, and therefore patients need complex accompanying treatment, including replacement, antibacterial and detoxification therapy.

The main drugs included in the used chemotherapy programs are combinations of cytosine arabinoside and anthracycline antibiotics. Until the 80s, DAT and 7 + 3 schemes were used. Since the mid-80s, etoposide began to be introduced into treatment programs, which led to a higher number of complete remissions and an increase in disease-free survival of patients. The most effective treatment programs, including etoposide, are the BFM-83 and BFM-87 programs. Induction of remission consists of cytosine arabinoside, daunorubicin and etoposide, and consolidation consists of vincristine, daunorubicin, cytosine arabinoside, 6-thioguanine, prednisolone, cyclophosphamide followed by maintenance therapy (cytosine arabinoside and 6-week thiouanine). According to the BFM-87 study, five-year non-event survival was 47%.

One of the ways to intensify chemotherapy and achieve longer remissions is to increase the doses of cytosine arabinoside (up to 3000 mg / m2 every 12 hours).

Recently, there have been works on the use of mitoxantrone for the treatment of AML in children, especially in patients with a poor prognosis (M5, M7, M6, M4 without eosinophilia and inv (16), M2 with leukocytosis of more than 50×109 / l) and with relapse of the disease. The most effective therapy was a combination of high doses of cytosar, mitoxantrone, etoposide. This therapy leads to severe myelodepression, without which it is impossible to achieve complete remission in AML, especially in patients with an unfavorable prognosis and relapse of the disease. The use of mitoxantrone (12 mg / m2) in patients with an unfavorable prognosis did not lead to an increase in the number of complications when more complete remissions were achieved in patients with therapy-resistant forms of ONLL.

Currently available data indicate that, on the one hand, the intensification of chemotherapy has significantly increased the effectiveness of treatment, and on the other, the number of adverse reactions and complications has increased, in some cases causing death of patients.

The direction of treatment associated with the use of differentiating agents, such as isomers of retinoic acid, has achieved the greatest result in the treatment of acute promyelocytic leukemia (M3). In case of chromosomal aberration t (15; 17) corresponding to M3 FAB, the breakpoint of chromosome 17 involves the gene corresponding to the nuclear receptor for alpha-retinoic acid, which makes it possible to restore the affected gene and promotes apoptosis of tumor cells while reducing the number of episodes of hemorrhagic complications.

The experience of the last 20 years has shown that the improvement of the technology of accompanying treatment, mainly infection control methods in a patient with induced granulocytopenia, and the emergence of thromboconcentrate production methods have made it possible to achieve 80% of complete remissions, despite the significant tightening of chemotherapy regimens. That is why the main directions of modern protocols are various options for the intensification of chemotherapy, which can be carried out using a number of options: the introduction of additional cytostatic agents into the already known protocols; the use of new cytostatic drugs as an alternative to the studied ones, for example, more active second generation anthracyclines (idarubicin and mitoxantrone); intensive cyclic chemotherapy for 1.5-2 years after achieving remission; modification of standard chemotherapy programs based on the kinetic parameters of blast cells during therapy and the characteristic features of the restoration of hematopoiesis after cytostatic exposure; the use of germ factors to accelerate the exit from post-chemotherapeutic aplasia; early use of autologous and allogeneic bone marrow transplantation. The principle of early intensification is currently the main one in the treatment of AML and, according to many studies, has an advantage over the standard one. It allows you to reduce the number of patients with resistant forms of AML by increasing the power of cytostatic effects in the first, early stages of therapy.

Currently, it has been proven that the results of treatment of patients with AML who received all stages of polychemotherapy (induction of remission and post-remission therapy) in full are significantly higher.

In most treatment protocols for AML, supportive BFM-recommended therapy, which consists of daily intake of 6-thioguanine at a dose of 40 mg / m2 in combination with subcutaneous administration of cytosine arabinoside (40 mg / m2 x 4) every 4 weeks, is most prevalent. It is carried out for a period of up to 18 months from the start of treatment. However, with increasing intensity of post-remission therapy, the duration of maintenance treatment is reduced.

The question of the role of allogeneic BMT (allo-BMT) in children with AML in the first clinical and hematological remission is currently being actively debated. Although allo-TCM is an effective treatment for AML, issues regarding the presence of a donor and the toxicity of the process limit its use. The key issue of the use of allo-BMT in children with AML in the first remission is to identify the ratio of the antileukemic effect, increase the survival rate of patients with a further acceptable quality of life.

Currently, high-risk patients with an HLA-identical bone marrow donor are candidates for allo-BMT. The problem of autologous BMT (auto-BMT) or peripheral stem cells (UCS) is currently being studied. At the Research Institute of Pediatric Oncology and Hematology, Russian Center for Oncology NN Blokhina RAMS developed protocols for the treatment of patients using auto-TCM and CPM in patients with high-risk AML in the first remission and in relapses of the disease. To date, encouraging treatment results have been obtained.

Due to the fact that AML is represented by a group of heterogeneous diseases, the main plan for optimizing treatment is the individualization of therapy, supplemented by a warning of the risk of relapse, knowledge about the biology of individual AML sub-options.

The new drugs introduced into the treatment protocols of AML in children in the last decade are 2-chlorodeoxyadenosine (2-CDA) and fludarabine. The use of new agents in therapy, including immunotherapy with interleukin-2, lymphokine-activated killers (LAK), generated from peripheral blood mononuclear cells, allows us to hope for significant success in the treatment of AML in the future.

The department of leukemia chemotherapy at the Research Institute of Pediatric Oncology and Hematology, organized 25 years ago, treated 200 patients with AML aged 1.5 months to 16 years. Over the past 10 years, thanks to the use of new approaches to the treatment of children with AML with the inclusion of new chemotherapeutic agents and BMT, it has been possible to increase the survival of patients up to 50%, which is two times higher than the results of treatment using the “7 + 3” treatment program (cytosine arabinoside and rubomycin).

Thanks to the introduction of new technologies in the diagnosis and program therapy of AML, significant progress has been achieved in the treatment of relapses in AML in children.