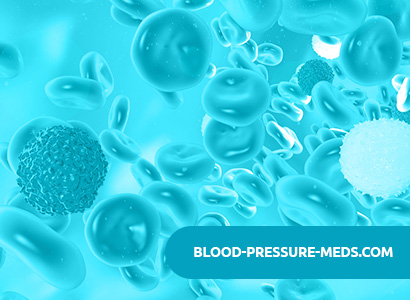 The term chronic lymphocytic leukemia (chronic lymphoid leukemia, CLL), combines tumor diseases that are heterogeneous in their clinical, morphological and immunological characteristics, the development of which is based on the monoclonal proliferation of pathological lymphoid elements.

Chronic lymphoid leukemia is often found among the population of European countries, Canada, USA, at the same time it is observed very rarely in countries of Southeast and East Asia. The disease is mainly registered in people older than 50 years. In patients aged 30-40, chronic lymphoid leukemia in 8.5% of cases and is extremely rare in adolescence and childhood. Among patients with a typical variant of the disease, men predominate (67.7%).

The relationship between the occurrence of the disease, mainly in people over 50, cases of familial CLL and other lymphoproliferative diseases in relatives of different generations or their detection in several family members are facts indicating the presence of genetic factors in the development of the disease.

Most cases of this disease are B-cell forms. Pathological lymphoid elements in this disease originate from a single progenitor cell, most of them contain monoclonal cytoplasmic immunoglobulin.

In CLL, B-lymphocytes do not differentiate until the formation of plasma cells that produce immunoglobulins, so patients with infectious diseases that often cause death. Along with the violation of antibody formation in the blood of patients, the titer of complement is reduced, to a lesser extent – 0-lysines.

Insufficient number and functional inferiority of T-lymphocytes determine the frequency of some viral diseases, severe reactions to vaccination. Violation of immunological homeostasis is the cause of autoimmune hemolytic anemia and thrombocytopenia detected in CLL in 13-15% of cases. Perhaps this is due to the high incidence of cancer in CLL. Finally, functionally inert lymphocytes with typical CLL, having a very long life cycle (months, years), accumulate in the parenchymal organs and organs of hematopoiesis, disrupting their function.

Typical CLL. The first signs to suspect this disease is an increase in the number of white blood cells to 10-15 * 109 / l, 60-80% of which are small lymphocytes. In subsequent years, absolute blood lymphocytosis increases, sometimes it reaches 2 * 1012 / l.
In most cases, a generalized systemic increase in peripheral, intrathoracic and retroperitoneal lymph nodes is detected. Their consistency is dense, sizes vary.

The severity of anemia may not depend on the duration of the disease – in 40% of patients in the first year of the disease, anemia of varying degrees is detected. Her character is different. Autoimmune hemolysis is confirmed in most cases by positive direct Coombs breakdown and the effect caused by the use of glucocorticoid hormones. The development of the so-called latent hemolysis can be suspected of reducing the circulation time of erythrocytes labeled with radioisotopes, which is more often observed with anemia, combined with a significant increase in the spleen.

The positive results of splenectomy in such cases demonstrate the role of splenomegaly in the development of anemia. Histological confirmation of the increased destruction of red blood cells associated with impaired microcirculation of blood elements in a significantly enlarged spleen is the hemosiderosis found in it.

Anemia, caused mainly by leukemic bone marrow infiltration, usually develops on the 3rd-6th year of the disease. It is characterized by the absence of signs of hyperhemolysis (low serum bilirubin, urine urobilin, reticulocytopenia). The effect of antianemic, hormonal therapy is negligible. Anemia is usually combined with hyperleukocytosis and thrombocytopenia, with a progressive increase in the size of the spleen, which may indicate the presence of disturbances in its microcirculation. Often there is an autoimmune thrombocytopenia with severe hemorrhagic syndrome, stopping the use of glucocorticoid hormones. The combination of hyperhemolysis with thrombocytopenia of autoimmune origin is described in the literature as Fisher-Evens syndrome. Thrombocytopenia may also be the result of leukemic bone marrow infiltration.

The pro-lymphocytic (morphologically atypical) variant is rare. Along with cases characterized by predominant splenomegaly and hyperleukocytosis, variants with significant hyperplasia of the lymph nodes are less commonly observed. In the blood, bone marrow, and lymph nodes, up to 50-60% of cells are detected that are larger than the lymphocyte, with a typical CLL form, a wider cytoplasm and a nucleus with a rather coarse chromatin containing a nucleol. These cells have no characteristic cytochemical features. In immunological studies of morphologically atypical cells, a high density of surface immunoglobulins, most often M- or D-type, is noted. In addition, the percentage of lymphocytes forming rosettes with mouse erythrocytes is less than with a typical version of chronic lymphoid leukemia. Thus, the pathological pool of lymphoid elements consists of immunologically more mature lymphoid elements than in the typical B-variant of chronic lymphoid leukemia.

The tumor variant is characterized by pronounced growth of lymph nodes of various localization (including the mediastinum) with relatively low blood lymphocytosis (10-20 * 109). The relatively young age of the patients is noteworthy. Despite the pronounced bone marrow infiltration, the relative safety of myelopoiesis was noted. In the imprints of the lymph nodes, a greater number of blast forms, as well as lymphoid elements with cytoplasm basophilia, is found than in a typical form.

Splenomegalic variant, which occurs in less than 5% of cases, is characterized by predominant splenomegaly, lack of hyperplasia or moderate enlargement of the lymph nodes, subleukemic lymphocytosis. The diffuse type of lymphatic bone marrow infiltration distinguishes this option from spleen lymphocytoma.

Bone marrow option. There is no increase in lymph nodes, liver, spleen. Deep pancytopenia is observed due to diffuse bone marrow infiltration with small lymphocytes with dense nuclear chromatin. Anemia is difficult to stop by transfusion of red blood cells.

Hairy cell leukemia. Most researchers attribute it to a rare variant of CLL. Immunological determinants that indicate their B-cell origin are detected on the surface membranes of cells, although isolated cases of the T-cell nature of hairy cell leukemia have been described. The frequency of hairy cell leukemia is 1-3% among all leukemia. The age of patients varies from 19 to 90 years, men are more often ill. In most cases, an enlargement of the spleen and somewhat less often of the liver is detected. Peripheral lymph nodes are usually small. Cytopenia is noted in the blood. Subleukemic and especially leukemic variants of the disease are rare. In the hemogram, the number of lymphocytes is increased, hairy cells are often found, the number of granulocytes and monocytes is reduced; anemia and thrombocytopenia are characteristic.

The “hairy” cells have rather large sizes (10-18 microns), an eccentrically located nucleus of a polymorphic configuration with chromatin more delicate than that of a lymphocyte. Sometimes small nucleoli are found. The cytoplasm is often plentiful, pale gray-blue color. Thin processes of the cytoplasm are typical, giving the cells a characteristic appearance. For “hairy” cells, a bright diffuse reaction to acid phosphatase is typical, which is an important diagnostic sign. A histological examination reveals leukemic infiltration and fibrosis in the bone marrow, and in the spleen, against the background of infiltration by “hairy” cells, the formation of pseudosines filled with blood and lined with “hairy” cells.

T cell variant of CLL. Diagnosed in 1.5-5% of cases. More often occurs with isolated splenomegaly & and skin lesions, the number of white blood cells not exceeding 15 “109 / l. In bone marrow aspirates and biopsy specimens, lymphocytic infiltration is detected. The hemogram is characterized by one-, two- or three-growth cytopenia. Polyclonal gammopathy is often detected (in contrast to the typical B-cell variant).

Pathological T-lymphocytes are morphologically little distinguishable from B-lymphocytes; they have a slightly larger cytoplasm zone containing azurophilic granules. An obligatory cytochemical characteristic of these cells is the high activity of acid phosphatase localized in lysosomal granules; clearly positive reactions to 0-glucuronidase and 0-glucosaminase. Immunologically, lymphocytes can be T-helpers, T-suppressors, or both.

The T-cell variant of chronic lymphoid leukemia should be differentiated from chronic T-cell lymphocytosis, which is benign lymphoproliferation, or with redistributive lymphocytosis.

Tumor progression in chronic lymphoid leukemia. Often there is the so-called Richter syndrome, clinically characterized by a rapid increase in the size of one or more lymph nodes and spleen against the background of a relatively calm or, conversely, progressive course of chronic lymphoid leukemia; the lymph nodes acquire a dense consistency, often causing compression of the organs, which is unusual for a typical variant of the disease. Tumor formations appear outside the hematopoietic tissue (bones, pleura, central nervous system, skin, etc.).

As a rule, during the period of malignant transformation of chronic lymphoid leukemia, fever, signs of intoxication (loss of body weight, lack of appetite, excessive sweating) are observed. The number of leukocytes and small lymphocytes in the hemogram is often reduced. Against the background of tumor progression, clinical and morphological signs inherent in chronic lymphoid leukemia may disappear.

In the vast majority of cases, during the initial treatment of the patient, a study of peripheral blood (absolute lymphocytosis) is not enough. Necessary sternal puncture, trepanobiopsy of the ilium and, according to indications, a lymph node biopsy (with prints). The histological picture with a typical variant of the disease is represented by infiltration with small lymphocytes, among which a small number of prolymphocytes, lymphoblasts are detected, the pattern of the node structure is worn out, pronounced resorption of bone beams with their thinning and the formation of fragments is detected. Bone marrow infiltration mainly by small lymphocytes is diffuse or diffuse focal in nature. The volume of adipose tissue is sharply reduced.