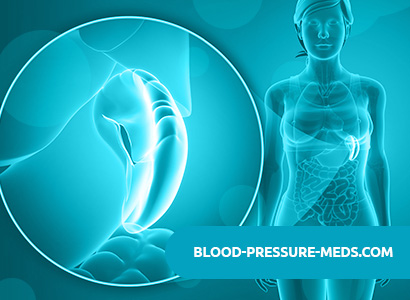 Lymphocytomas can be localized in different organs and tissues. Among the well-studied lymphocytes include lymphocytoma spleen. The age of spleen lymphocytoma patients corresponds to that of patients with chronic lymphocytic leukemia.

The lymphocytoma of the spleen demonstrates a number of features of a lymphocytic benign tumor.

At the same time, separate centers of proliferation of mature lymphocytes can be seen in the bone marrow trepanate. Detection of such proliferates, even with a normal composition of the blood and myelogram, should lead to the establishment of the tumor nature of the disease, to the diagnosis of spleen lymphocytoma as opposed to the hypothesis of its increase due to hepatitis.

The structure of peripheral blood lymphocytes in different patients varies. In some cases, lymphocytes are found with dense pyknotic nuclei and a narrow cytoplasm, in others they have a larger and friable nucleus, a wide cytoplasm with moderate basophilia. Sometimes these lymphocytes have nucleoles, and then some authors call the disease a pro-lymphocytic lymphoma. As with chronic lymphocytic leukemia, leukocytosis in the blood is often accompanied by the detection of leukemia cells. Immunological analysis reveals the affiliation of tumor cells to the B-system. Spleen lymphocytoma may be accompanied by secretion of immunoglobulin, more often – M, less often – G.

The clinical picture of the disease consists of the usual for all hemoblastosis manifestations: weakness, increased fatigue, sweating. In the blood, as a rule, the normal level of leukocytes with a predominance of mature lymphocytes in the formula. The level of platelets in the blood at diagnosis is usually normal, only after 7-10 years in some patients the number of platelets decreases to 1 H 105 – 1.4 H g105 (100 000–140 000) in 1 μl and below. In terms of red blood, some tendency to decrease is more often revealed, and in the level of reticulocytes – to increase to 1.5-2%. On examination of the patient an enlargement of the spleen is detected. Lymph nodes of normal size or slightly enlarged (some cervical or axillary – up to 1-1.5 cm). In bone marrow punctate, lymphocytosis may not be present or it does not exceed 30% and does not allow categorically speaking about the tumor nature of the process.

Differentiate spleen lymphocytoma with chronic lymphocytic leukemia, especially its splenic form, should be based on a significant increase in the spleen (protrudes from the hypochondrium) with a low (up to 2 × 104 in 1 μl) lymphatic leukocytosis, normal or slightly increased (from 1 to 2 cm) individual lymphatic nodes and focal lymphocyte proliferation in the bone marrow. Chronic lymphocytic leukemia demonstrates a different picture: initially, the cervical enlarged, then the axillary lymph node groups, lymphatic leukocytosis steadily increases over several months, exceeding 2,104 per 1 μl, a progressive increase in lymph nodes significantly ahead of an increase in the spleen, diffuse lymphatic proliferation is observed in the bone marrow.

Removal of the spleen is the main treatment for this tumor in the initial stages of the disease. In the coming weeks and months after removal of the spleen, lymphocytosis in the blood decreases, the level of platelets, red blood cells increases, if it is reduced, the lymphatic infiltration of the bone marrow disappears or decreases significantly. At the same time, the general condition of the patients significantly improves, the size of the lymph nodes is reduced or normalized. If there was a secretion of monoclonal immunoglobulin, its level after the operation either decreases significantly, or ceases to be determined, the circulating immune complexes cease to be determined, or their level sharply decreases. Observed with spleen secreting lymphocytomas, a slight decrease in the level of normal immunoglobulins after removal of the spleen may also disappear.

The histological picture of the removed spleen is determined by the nodular cell-cell type of lymphatic proliferation. Lymphatic follicles can be almost normal, although their number is increased in contrast to the expected reduction in the number of follicles in the elderly. In some cases, large follicles that merge with each other are found. Unlike macrofollicular lymphoma of Bril – Simmers with large bright follicles as a result of a sharp increase in the germinal center in spleen lymphocytoma, reproduction centers, as a rule, are completely absent, although in some cases they are quite distinct.

The imprint of the removed spleen and its punctate show the usual mature cell composition of lymphocytes and pro-lymphocytes. The puncture of the spleen has no diagnostic value, although it allows rejecting the diagnosis of spleen lymphosarcoma.

Indications for spleen removal: a significant increase in the spleen (protrudes from under the costal margin), a feeling of heaviness, pain in the left hypochondrium, the emergence and increase of cytopenia in the peripheral blood, for secreting lymphocytes, a progressive growth of the pathological immunoglobulin in the blood.

The spontaneous development of the disease leads to a gradual increase in the spleen with a very slow (years) increase in the number of lymphocytes in the blood. Later, an enlargement of the lymph nodes (often cervical) joins, and the process becomes indistinguishable from chronic lymphocytic leukemia.

Thus, the lymphocytoma of the spleen is a mature cell lymphocytic tumor, localized mainly in the spleen, although the bone marrow, liver, lymph nodes may be slightly involved in the process. Tumor growth in the spleen and other tissues in this form is in most cases nodular.