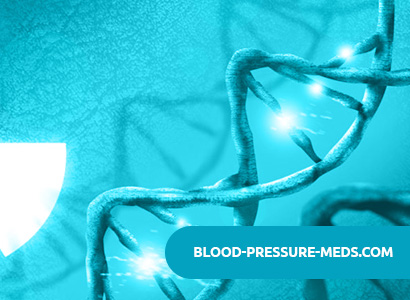 What is Chronic Radiation Sickness?

This pathology is formed under the influence of prolonged exposure to the human body of ionizing radiation in doses that exceed the maximum permissible for professional radiation exposure.

The severity, as well as the time of the occurrence of pathological changes in the affected organs and their systems, is mainly determined by the nature of the radiation, which can be either general or local, the total radiation dose, its type and intensity, as well as the physiological features of the structure and functions of one or another organ. Chronic radiation sickness is characterized by a duration and wave-like course, due to a combination of the progressive effects of damage with distinct recovery and adaptive reactions.

As the radiation dose increases, and also depending on the individual characteristics of the organism, the degree of development of clinical manifestations can be mild (I), medium (II), severe (III) and extremely severe (IV), which are essentially phases in the development of a single pathological process and with continued irradiation in sufficiently large doses, successively replace each other.

Tissues and structures that have a large reserve of relatively immature cells, intensively exchanging their cellular composition under physiological conditions (epithelium of the skin, intestines, hematopoietic tissue, spermatogenic epithelium), for a long time retain the possibility of morphological restoration.

Developing changes in the circulatory system can be qualified as a syndrome of vegetovascular dysfunction or neurocirculatory dystonia. It is expressed by general and regional (in the retina and cerebral vessels) arterial hypotension, moderate bradycardia, and a fast high reflex response to wedge-orthostatic loads. Typical for an extended clinic of chronic radiation sickness are not general, but regional disturbances of peripheral blood circulation in the skin, limbs, less often the brain, manifested in the form of headaches, pains in the extremities, increased coldness, general weakness, sometimes transient neurological symptoms. Changes in cardiac activity are characterized by mild manifestations of myocardial dystrophy, manifested in complaints of shortness of breath and pain in the heart, in muffled tones and the appearance of systolic murmur at the apex. On the ECG, the smoothness of the T wave and a decrease in the S – T interval.

When irradiated in the range of total doses of 0.7-1.5 Gy, minor changes in the digestive tract taking place are not accompanied for a long time by any subjective or objective digestive disorders. With total radiation doses exceeding 1.5-4 Gy, the secretory activity of the glands of the oral cavity decreases, focal atrophic processes in the oral mucosa and gastrointestinal tract appear slightly, histamine-resistant forms of achlorhydria become more frequent.

Functional changes on the part of the nervous system in the preclinical stage of the disease, corresponding to a total dose level of the order of 0.15-0.7 Gy, are reflex in nature and are often accompanied by the involvement of the endocrine and cardiovascular systems in the response.

As the total doses increase, as well as the radiation intensity, three consecutively developing neurological syndromes of chronic radiation sickness can be distinguished.

First of all, this refers to the syndrome of disorders of neuvisceral regulation, observed with an increase in the total dose to 0.71.5 Gy. It is characterized by an asymmetric increase in tendon and a decrease in skin reflexes, transient vestibular disorders. Patients complain of fatigue, headaches, pain in the limbs, dizziness, sweating.

Asthenic syndrome (with a total dose of 1.5-4 Gy) is characterized by general muscle hypotension, a violation of the physiological distribution of tone, mild coordination disorders, decreased skin reflexes, and sensitivity disorders (in the form of generalized reactions to spontaneous pain and pain irritation).

The third syndrome of organic damage to the nervous system develops at high doses of radiation (over 4 Gy in general, 10-15 Gy – with local exposure). In these cases, symptoms that are common for one or another localization and the nature of the pathological process (ischemia, hemorrhage, cyst, necrotic area) are observed.

Minor changes in the morphological composition of peripheral blood are detected in people who received the maximum permissible radiation doses and exceeding them periodically by 2-3 times. They are expressed as transient leukopenia, thrombocytopenia, reticulocytosis. More significant changes in the hemogram are detected upon irradiation with doses that are systematically 2-5 times higher than the maximum permissible.

The sequence of development of changes in the hematopoietic system at a dose level of 0.001-0.1 Gy per day is characterized by typical dynamics. During the formation of chronic radiation sickness, increasing cytopenia is detected due to a decrease in the number of neutrophils, lymphocytes, and later platelets. The occurrence of anemia always serves as an unfavorable prognostic sign and is observed only with large total doses of intense radiation.

When irradiated in total doses from 0.15 to 1 Gy, no significant changes in the myelogram are detected, only a slight increase in the number of red row and reticular cells is detected.

At high doses of radiation (0.05-0.018 Gy per day and a total of 1.5-4 Gy) during the formation of chronic radiation sickness, inhibition of mitotic activity of bone marrow cells may occur with the development of signs of depression.

Information about the state of the endocrine sphere during chronic exposure is scarce. The development of persistent irreversible male sterility occurs only in patients undergoing radiation therapy with a local dose to the testes of 30-40 Gy. In women exposed to general radiation in total doses up to 4 Gy (single – 0.0001-0.001 Gy), no noticeable changes were found in the time of menopause, as well as in the number and duration of pregnancies and childbirth.

With professional exposure to the thyroid gland, an increased inclusion of radioactive iodine is detected without clinical signs of its dysfunction. Minor changes are also noted in the activity of the adrenal glands.

With severity of the II degree, there are signs of functional insufficiency, especially of the digestive glands, cardiovascular and nervous systems, as well as hematopoiesis depression with persistent leukocyte and thrombocytopenia, metabolic disturbances.

With severity of the III degree, signs of a deeper inhibition of hematopoiesis with the development of anemia are detected, atrophic processes in the mucosa of the gastrointestinal tract, as well as myocardial dystrophy, disseminated encephalomyelosis are detected. Weakened immunity entails infectious-septic complications. Hemorrhagic syndrome, circulatory disorders are observed.

In chronic radiation sickness of the IV degree, diarrhea, severe emaciation are observed. Due to the fact that such manifestations of the disease are practically not encountered at present, isolation in the classification of IV (extremely severe) degree is conditional.

Treatment of chronic radiation sickness is based on the termination of contact with radiation sources.

With the development of infectious-septic complications, broad-spectrum antibiotics are used.

Of particular note is the so-called radiation sickness from internal radiation, which develops when radioisotopes enter the body and has its own distinctive features. Based on the causal principle of its formation, polonium, radium, and plutonium diseases are distinguished. Radioactive substances can enter the body by inhalation through the respiratory tract, through the gastrointestinal tract (with food and water), as well as through the skin, especially damaged.

Mostly radiation sickness from internal exposure is a chronic disease, although if large quantities of radioisotopes, especially those capable of more even distribution, are exposed to acute radiation sickness over a short period of time.

The clinical manifestations of radiation sickness from internal radiation are the sum of the general symptoms and damage to the organs of the predominant receipt of radioactive substances, their deposition and elimination. So, with inhalation infection, lesions of the bronchi and lungs dominate, with gastrointestinal disorders of the digestive tract. Hematopoietic tissue, as a rule, is involved in the process, since most radioactive substances are either distributed relatively evenly in the body, causing it to be irradiated in general, or deposited in bones, lymphoid, and histiocytic tissues. Other substances are deposited mainly in the liver, kidneys, and spleen.

To accelerate the elimination of natural and artificial radioactive isotopes from the body, Ca2 + preparations, hormones, vitamins, metabolic stimulating agents, and complexing agents were proposed. However, in general, the problem of removing radioisotopes from the body cannot yet be considered finally resolved, since many of the recommended drugs are used for severe complications, the most significant of which are associated with kidney damage.