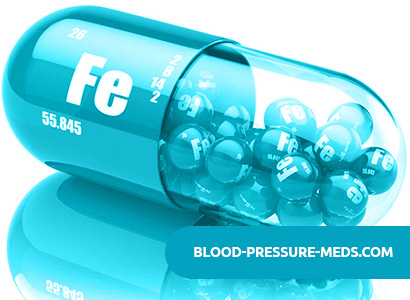 What is Iron Deficiency Anemia?

Clinical and hematological syndrome, characterized by a decrease in the number of red blood cells and hemoglobin in the blood, is called anemia. A wide variety of pathological processes can serve as the basis for the development of anemic conditions, in connection with which anemia should be considered as one of the symptoms of the underlying disease. The prevalence of anemia varies significantly from 0.7 to 6.9%. Anemia can be caused by one of three factors or their combination: blood loss, insufficient formation of red blood cells or their enhanced destruction (hemolysis).

Among various anemic conditions, iron deficiency anemia is the most common and makes up about 80% of all anemia.

According to the World Health Organization, every 3 women and every 6 men in the world (200 million people) suffer from iron deficiency anemia.

Iron exchange
Iron is an indispensable biometal that plays an important role in the functioning of cells in many body systems. The biological significance of iron is determined by its ability to reversibly oxidize and recover. This property ensures the participation of iron in the processes of tissue respiration. Iron makes up only 0.0065% of body weight. The body of a man with a body weight of 70 kg contains about 3.5 g (50 mg / kg body weight) of iron. The iron content in the body of a woman with a body weight of 60 kg is approximately 2.1 g (35 mg / kg body weight). Iron compounds have a different structure, possess functional activity characteristic only of them, and play an important biological role. The most important iron-containing compounds include: hemoproteins, the structural component of which is heme (hemoglobin, myoglobin, cytochromes, catalase, peroxidase), enzymes of the non-heminous group (succinate dehydrogenase, acetyl-CoA dehydrogenase, xanthine oxidase), ferritin, hemerinosin transfer. Iron is part of complex compounds and is distributed in the body as follows:
– heme iron – 70%;
– iron depot – 18% (intracellular accumulation in the form of ferritin and hemosiderin);
– functioning iron – 12% (myoglobin and iron-containing enzymes);
– transported iron – 0.1% (iron associated with transferrin).

There are two types of iron: heme and non-heme. Hemic iron is part of hemoglobin. It is found only in a small part of the diet (meat products), is well absorbed (20-30%), other components of the food practically do not affect its absorption. Non-heme iron is in free ionic form – ferrous (Fe II) or ferric iron (Fe III). Most of the edible iron is non-heme (found primarily in vegetables). The degree of assimilation is lower than heme, and depends on a number of factors. From food, only divalent non-heme iron is absorbed. In order to “convert” ferric iron to ferrous, a reducing agent is needed, the role of which in most cases is played by ascorbic acid (vitamin C). In the process of absorption in the cells of the intestinal mucosa, ferrous iron Fe2 + turns into oxide Fe3 + and binds to a special carrier protein – transferrin, which carries out the transport of iron to hematopoietic tissues and places of deposition of iron.

The accumulation of iron is carried out by proteins ferritin and hemosiderin. If necessary, iron can be actively released from ferritin and used for erythropoiesis. Hemosiderin is a higher iron ferritin derivative. From hemosiderin, iron is released slowly. The beginning (preferential) iron deficiency can be determined by the reduced concentration of ferritin even before the iron reserves are exhausted, while the normal concentration of iron and transferrin in the blood serum is still preserved.

Pathogenetically, the development of an iron deficiency state can be conditionally divided into several stages:

During the period of latent iron deficiency, many subjective complaints and clinical signs characteristic of iron deficiency anemia appear. Patients note general weakness, malaise, decreased performance. Already during this period, a perversion of taste, dryness and pinching of the tongue, violation of swallowing with a sensation of a foreign body in the throat, palpitations, shortness of breath can be observed.
An objective examination of patients reveals “small symptoms of iron deficiency”: atrophy of the papillae of the tongue, cheilitis, dry skin and hair, brittle nails, burning and itching of the vulva. All these signs of trophic disturbance in epithelial tissues are associated with tissue sideropenia and hypoxia.

Patients with iron deficiency anemia note general weakness, fatigue, difficulty concentrating, and sometimes drowsiness. Headache, dizziness appear. In severe anemia, fainting is possible. These complaints, as a rule, do not depend on the degree of hemoglobin reduction, but on the duration of the disease and the age of the patients.

Iron deficiency anemia is also characterized by changes in the skin, nails and hair. The skin is usually pale, sometimes with a slight greenish tint (chlorosis) and with an easily occurring blush of cheeks, it becomes dry, flabby, peeling, and cracks easily form. Hair loses its shine, turns gray, becomes thinner, easily breaks, thins and turns gray early. Nail changes are specific: they become thin, matte, flatten, easily exfoliate and break, striation appears. With pronounced changes, the nails acquire a concave, spoon-shaped form (koilonychia). In patients with iron deficiency anemia, muscle weakness occurs, which is not observed with other types of anemia. It is attributed to the manifestations of tissue sideropenia. Atrophic changes occur in the mucous membranes of the digestive canal, respiratory organs, genitals. Damage to the mucous membrane of the digestive canal is a typical sign of iron deficiency conditions.
There is a decrease in appetite. There is a need for acidic, spicy, salty foods. In more severe cases, perversions of smell, taste (pica chlorotica) are observed: eating chalk, lime, raw cereals, pohofagiya (craving for ice). Signs of tissue sideropenia quickly disappear after taking iron supplements.